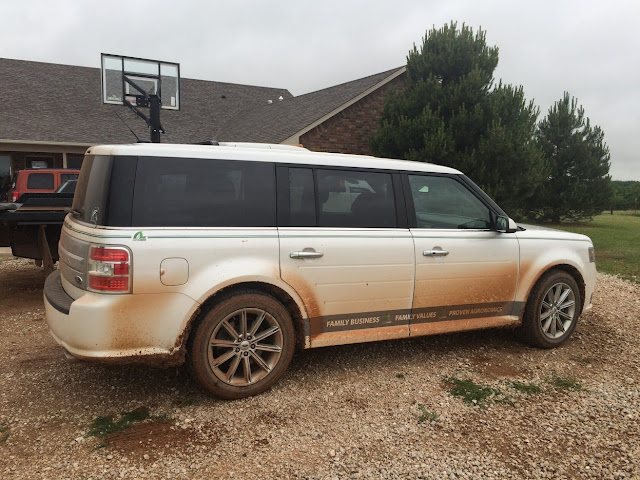 So you can tell from the earlier post that I was down in Oklahoma last week.  Always good to visit my home state, and it helps that many of the good people use AgroLiquid.  I actually drove since I had numerous stops, one being to see Retail Partner Todd Woods up in Perry last Monday.  It rained the night before and off and on during the day.  So the slick clay road to his house was a challenge. Even for the mighty Flex.  I was sliding all over the road to his place, but fortunately did not have to make the call of shame for a tractor.

We jumped in his truck and drove all over North Central Oklahoma.  Here we are at a wheat field near Tonkawa (I think) where Todd set up a farmer trial with a test product additive (hint: atomic weight of 12) to a drill application of Pro-Germinator + Micro 500.  Glad I brought rubber boots, but they didn’t go up to my…pockets.  So it was wet. 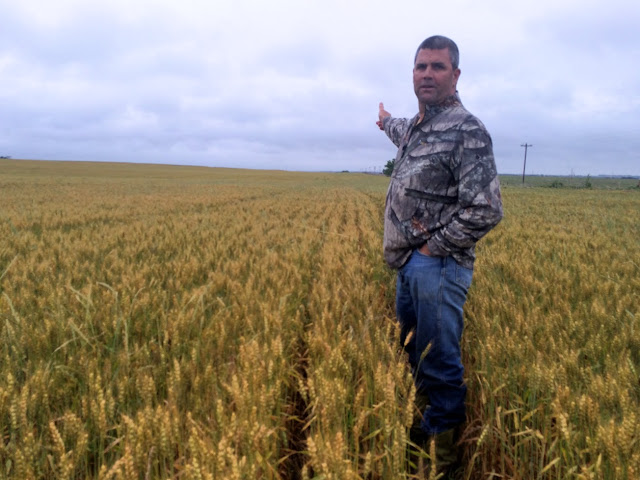 Well we didn’t see any visual differences, so will rely on the combine.  It was a good looking field of wheat.  (The color made me think of verjus, one of my favorite culinary additives.) 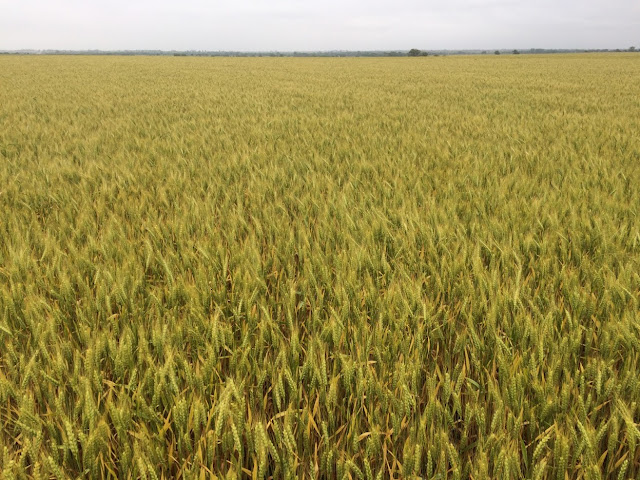 The rain was welcome.  There had been several showers of late, and just in time as the plants are trying to fill the grain in the heads.  But here is a reminder of how dry it was earlier. 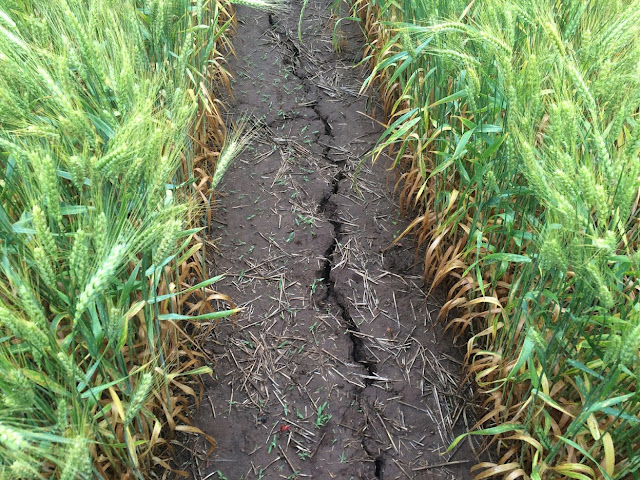 We were near Ponca City when we drove by a farm with these tanks that Todd said were obtained through the AgroLiquid tank program. What a deal.  Hopefully Sales Manager Galynn will empty his pockets and come up with another program like this in the fall. 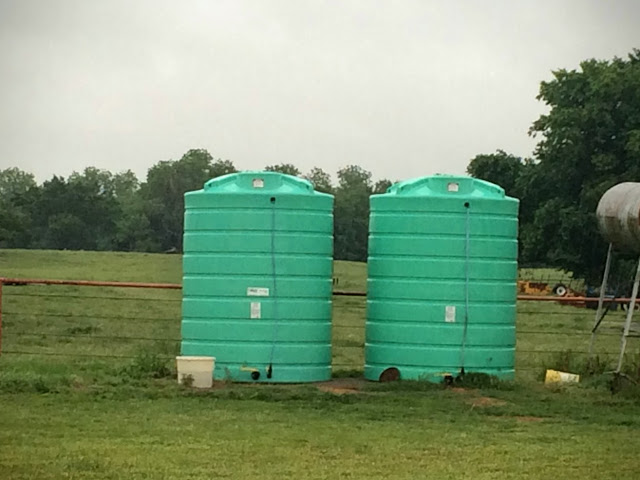 Back at Todd’s farm is some of his corn well fed with Pro-Germinator and High NRG-N.  It is about the tallest corn I had seen the whole trip.  This area can turn dry in summer, so hopefully it is saving some of the rain for later. 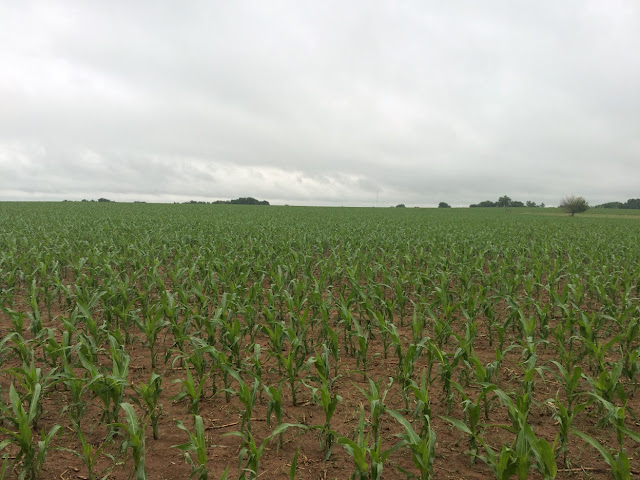 Todd also does custom application with his new Hagie sprayer.  He did his homework before going with Hagie, including calls to Tim at the NCRS.  We like the up-front Hagie design that we use there. Todd likes it too.  Just won’t be spraying anytime soon.  And similarly, the Hagie also reminds me of verjus.  Mmm good! 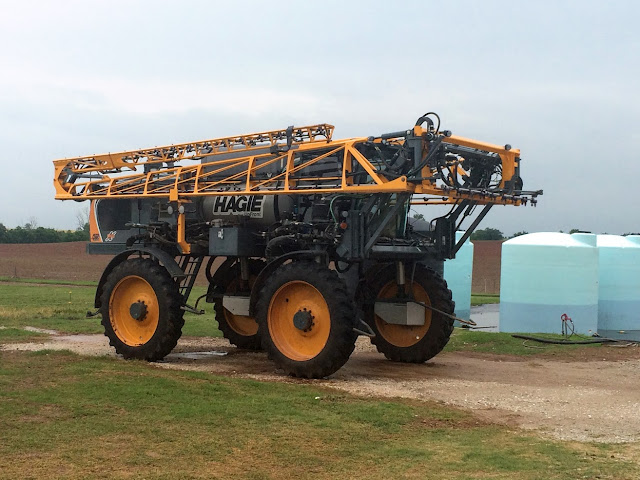 We saw more wet stuff and it was a fun day.  This is a little later than my usual visit in early April, so it was fun to see crops a little further along.  (And yes, I did say fun.  Twice!)